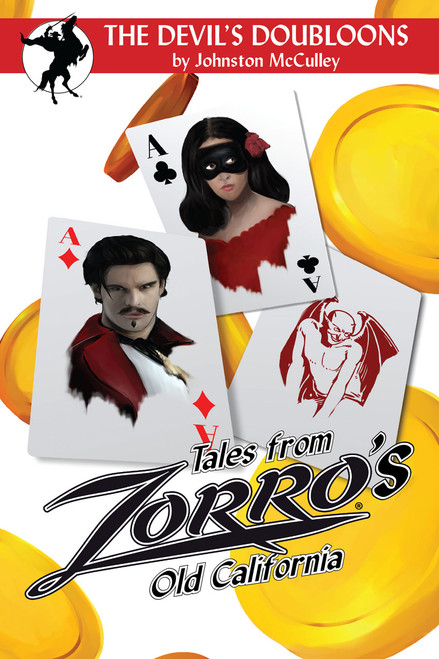 Señor Mendoza had all the ingredients of success, but Fate cast him aside. Then, at the moment he was prepared to end his life, a mysterious masked woman sought his aid, and El Diablo brought a great promise — and a great threat! A thrilling Old California adventure from 1940 by the creator of Zorro!