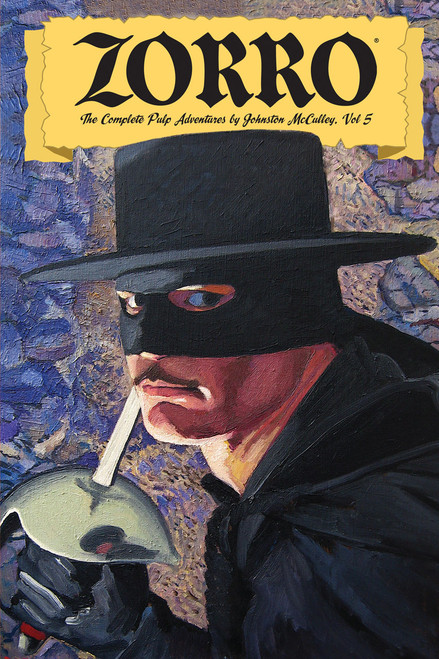 Bold Venture Press presents A Task for Zorro, a full-length adventure from 1947, rarely seen since its original publication.

Don Marcos Vargas — His inherited fortunes had been squandered. He was tolerated in polite society because of his lineage and social standing, but one by one his friends were dropping away; Pedro Ramirez — Truth and honesty were difficult virtues for him. Perhaps he was leading Vargas down the wrong path in an attempt to rebuild his fortune?; Barney Burke — The Americano traveled through the pueblo, befriending Diego Vega. His goal was to build a cattle ranch of his own. But he hoped to finance his endeavor with the reward for Señor Zorro’s capture!; Diego Vega — Apathetic and languid by day, he was secretly El Zorro, the masked highwayman, by night! His sword rang true, clashed against enemy steel, in defense of the poor and downtrodden!

This edition includes fifteen Zorro short stories from West magazine. In the introduction, John E. Petty discusses "Zorro: The Unique, the Unusual, and the Bizarre" — an examination of Zorro movies and collectibles in other countries that are ... unusual.