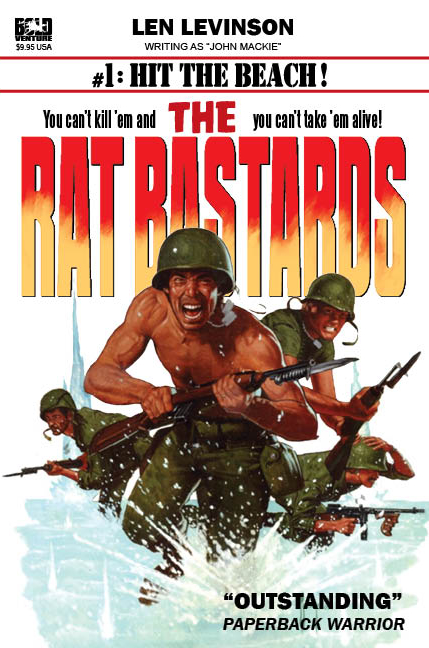 Start with an insane sergeant with a genius for leadership and a lust for blood. Add a bank robber. A racketeer. A guy who goes berserk on the battlefield. A gun-happy Texan. A silent Apache. A movie stuntman who swings from trees. Put them all together and you have the killing machine known as The Rat Bastards.

The Rat Bastards blasted their way across the South Pacific in World War II — and bookstores across America in the 1980s — in sixteen blazing novels. Len Levinson wrote the series under the John Mackie penname, and presented the glories and gruesomeness of war without sentimentality or squeamishness. This alone would place him among the great authors of hardboiled fiction in the 1980s, but The Rat Bastards also presented great action, compelling characters, and cliffhanger thrills to rival any and all classic pulp fiction of the 20th Century.

Bold Venture Press will present the entire series in paperback.