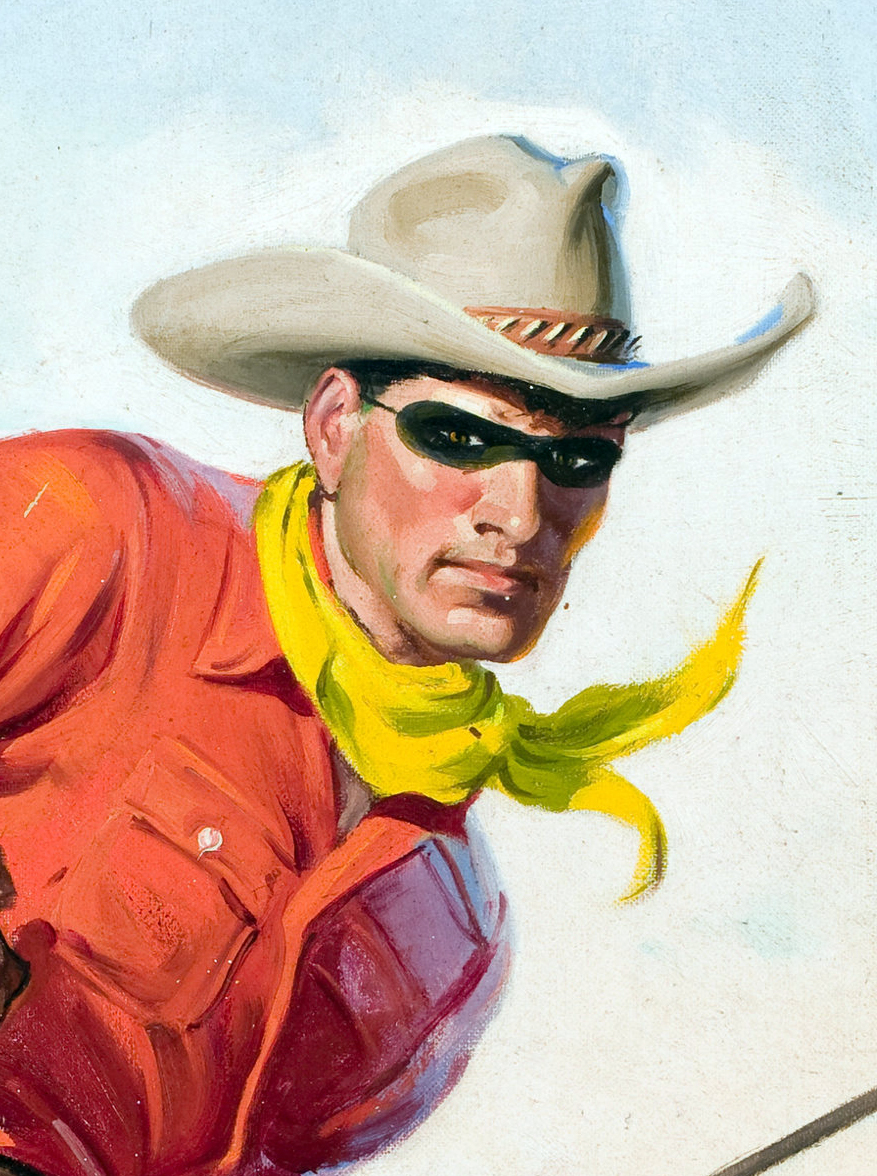 Wayne Morgan … An honest cowpoke searched for his rightful place in the American west, before learning the law doesn’t always work for the law-abiding people.
The Masked Rider … The mysterious rider who, aided by his friend Blue Hawk, opposes lawless men when hanging’s too good for them!
Published between 1934 and 1953, Masked Rider Western was a popular staple of Better Publications. Among the talented authors who contributed to the series were Zorro's Johnston McCulley, Gunnison Steele, Norman A. Daniels (creator of The Black Bat, writing as Jud Tally) and Walker A. Tompkins.
Get ready to rustle up justice with Wayne Morgan's granite fists and the exploding six-guns of the Masked Rider!