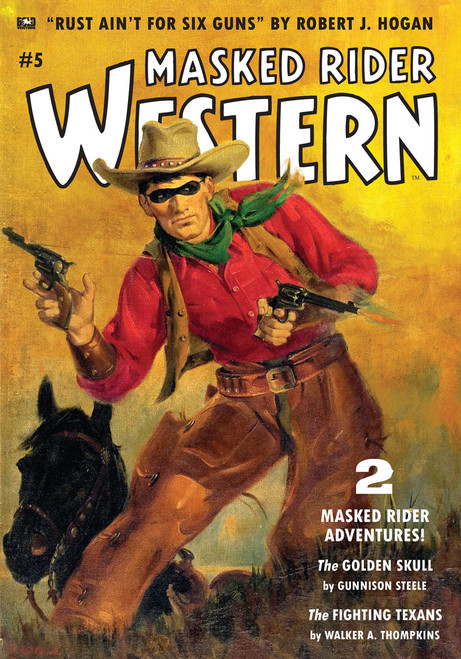 The Masked Rider and Blue Hawk in two action-packed novels with the original illustrations — plus a bonus short story by the creator of G-8 and His Battle Aces!

The Masked Rider heads for Thundergod Canyon when the secret of Devil Dan's treasure stirs up a gun fandango! Follow Wayne Morgan as he combats greed-maddened enemies of the range!

The Masked Rider and Blue Hawk battle to save beleaguered ranchers oppressed by vicious outlaw rebels! Chased by a posse, Wayne Morgan carries on a clean-up campaign against grim odds!

Robert J. Hogan, creator of G-8 and His Battle Aces!

Walt Vance learns there are times a man must fight!