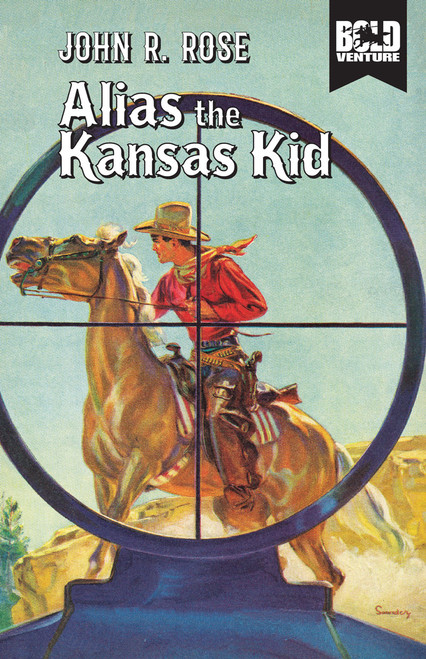 Dan Robbins wasn’t looking for trouble, but trouble had a way of finding him. He sought to carve out a life in the Kansas rangeland’s Red Hills. He rejected his father’s outlaw methods, but when he demonstrated the same proficiency with a gun, folks wouldn’t leave well enough alone … until it was too late. Set in the late 1800s, Alias the Kansas Kid is a western novel of redemption and budding romance -- and action-packed gun-slinging.

This original western page-turner sports a beautiful cover by the great Norman Saunders.

JOHN R. ROSE, author of Alias, the Kansas Kid, was born in the latter days of the dust bowl era in south central Kansas. His birthplace was probably thirty to fifty miles from the fictional character Dan Robbins’ birthplace. Otherwise, there is no connection between the author and the Kansas Kid. He spent 37 years teaching and coaching in the Kansas public school systems. The author was married and lived in Kansas.