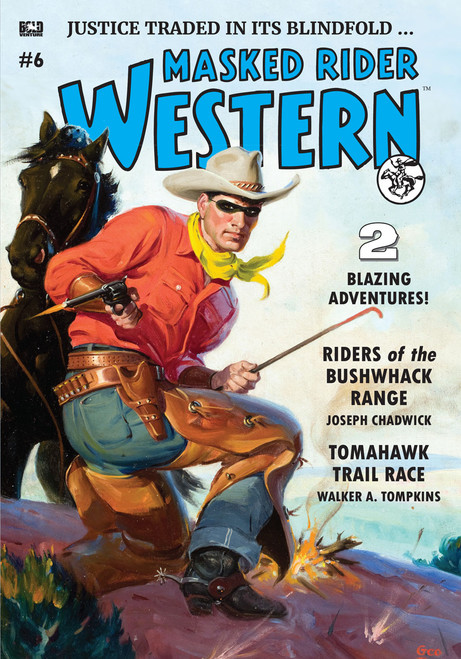 Two action-packed novels in one volume!

Riders of the Bushwhack Range

There's madness in the method of Wayne Morgan as he uses his own style of fighting to expose the bare bones of treason on the Maldonado when he's pitted against the scheming bad men of Brenoso!

Death at the hands of Indian Raiders or total ruin — that's the choice facing rancher Duncan MacLane until Wayne Morgan comes along to help him in his grim fight against injustice! The Masked Rider combats range tyrant Kurt Barboo!

The Purification of Two-Bit by Jud Tally

Set a thief to catch a thief — and he captures himself!