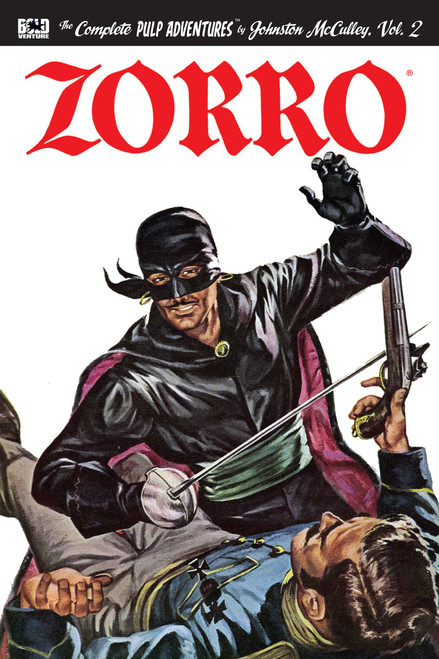 The Complete Pulp Adventures, Volume 2 of 6

Zorro protects old California in a trio of thrill-packed adventures!

The Further Adventures of Zorro takes the masked hidalgo to the high seas when pirates arrive on the shores of old California, and decide to claim the pueblo as their spoils! Then, "Zorro Deals With Treason" in the form of a Zorro impostor! The Mysterious Don Miguel creates much confusion in Reina de Los Angeles. Is he Zorro’s enemy — or Don Diego Vega’s friend? Ride with Zorro as he defends the downtrodden citizens from the oppressive government, land and sea pirates, and crafty anarchists.

There’s never been a hero like Zorro for romance and high adventure!