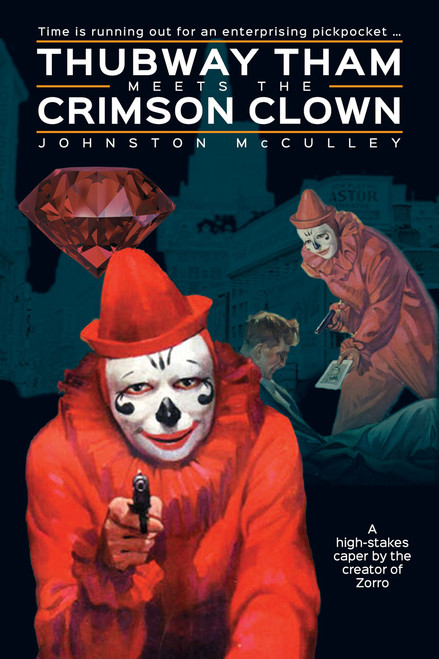 By the creator of Zorro!

Thubway Tham — A lisping pickpocket with delusions of grandeur.
The Crimson Clown — A “gentleman thief” who justifies his crimes with charitable donations.
Baron Bleud — His legitimate business fronts hide the revenue from his criminal enterprises.
With the police watching him, Thubway Tham decides to lay low — but The Crimson Clown has other plans. Tham can help him pilfer the stolen Cragham Jewels from The Baron … or die!

This Bold Venture edition collects the complete text of Johnston McCulley's novel for the first time! Originally serialzed in Detective Story Magazine, this story was an unusual for the period — two popular characters joining forces in one story. Such "crossovers" are commonplace today in comic books, but Thubway Tham Meets the Crimson Clown no doubt made McCulley's fans sit up and take notice!