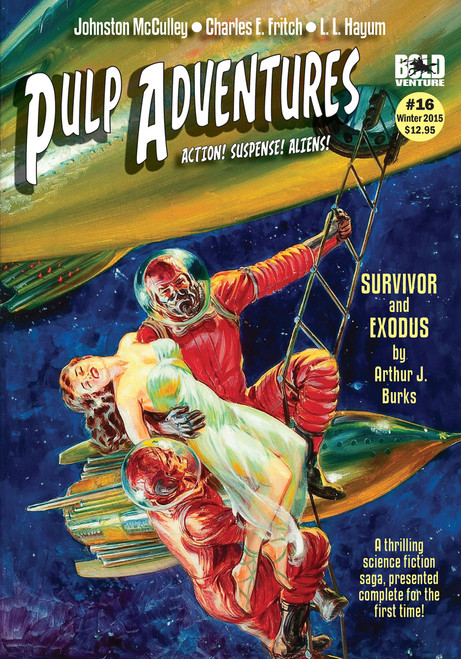 Reprinted together, back-to-back, in this issue ... Arthur J. Burks' earth-shaking science-fiction thriller "Survival" and "Exodus" -- two stories recounting a future America's flight into subterranean chambers to escape an invasion of Mongol invaders -- and their triumphant return to reclaim the surface world as their own!

"Thubway Tham's Four Queens" by Johnston McCulley — Detective Craddock has his suspicions, but the notorious pickpocket known as Thubway Tham considered himself a guest of honor at a high-stakes poker game.

"The Watcher" by Charles E. Fritch — He awaited his destiny, watching the stars for a sign from afar ...