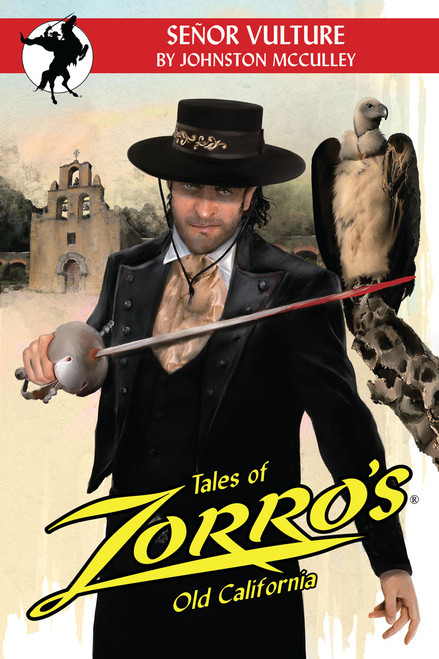 Mission San Juan Capistrano was blessed with a beautiful morning — then the runner whom folk called El Viento, the Wind arrived with grim tidings. He told of the coming of one Marcos Palma — known far and wide as Señor Vulture, a black-clad rider carrying papers from the governor.

Who would challenge this sinister messenger and his ill-visaged body servant? Might it be Sergeant Valdez, commander of the garrison? Or perhaps Don Ricardo Rizal, son of a wealthy landowner? Dorotea, daughter of his father’s oldest friend? Or perhaps that old rascal, Juan Bardoso, inn-keeper and ex-pirate with a smile …

When an enemy's treachery destroys his sword-arm, the Don deliberately acquires another even better than the first!