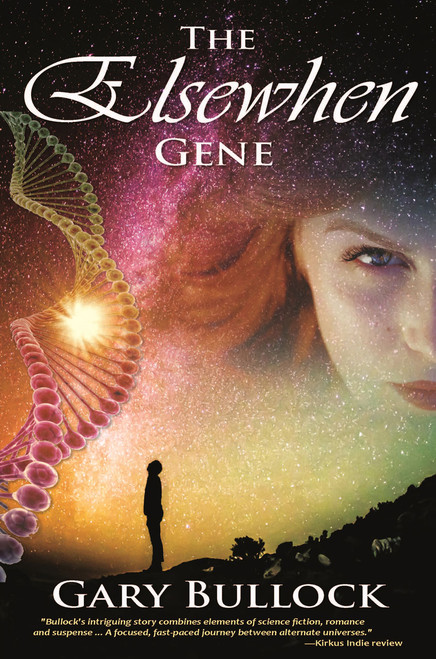 Little LAURA ELIZABETH AUSTIN (LAURA BESS) grows up in a small country town in the Midwest. Already a genius at age 8, she and equally bright ELIJAH GRANT (LIJE) are very different from other kids their age, but Laura Bess and Lije have each other.

Fascinated with science, they seriously discuss the big cosmological questions--the nature of time, black holes, the origin and the destiny of the universe, so the two prodigies become soul-mates, at the tender age of 8. At the age of 12, on a bicycle ride together, they have their first kiss while debating the nature of time. (Laura claims it doesn't exist. She may be right.)

They are also troubled by strange visions. Laura sees people who aren't there. She thinks they are ghosts, but comes to realize that they exist in another universe, and think that she is a ghost. She discovers that she can actually step into an alternate universe, which leads her to believe that this ability is embedded somewhere in her DNA.

Elijah sees flashes of events that haven't happened--yet. But he learns to develop this into an unerring sense of the future. As the Red Queen says, "It's a poor memory that only works backwards."

To put it simply, Elijah sees time forward and back; Laura from side to side.

Soon they learn the future isn't what it used to be. Neither is the past. But in the eternal present, they have each other, for now.  Together they embark upon an adventure across multiple universes and alternate lives, dodging a stampeding buffalo herd, a sadistic security agent, and a cosmic Apocalypse. Also, while working for their PhD's at the prestigious MIT, they reunite a World War 2 fighter pilot, stranded in the wrong universe, with the love of his life, who is trapped in another. All in a day's work.

The Elsewhen Gene is a fascinating journey through time and space, with a few minor adjustments, as two youngsters learn about love and responsibility.

Gary Bullock (profiled in Pulp Adventures #27) is a character actor and writer, originally from eastern Tennessee. His first play was a one-man show, A. Lincoln, written for himself, in which he portrays the 16th President. He has been a member of Playwrights 6 and Playwrights Kitchen Ensemble in Hollywood. In his past lives, he has been a software engineer, radar operator, Hollywood apartment manager, and DJ. One of his passions is building and flying model airplanes. He lives in western North Carolina with his soul mate, Mil Nicholson.