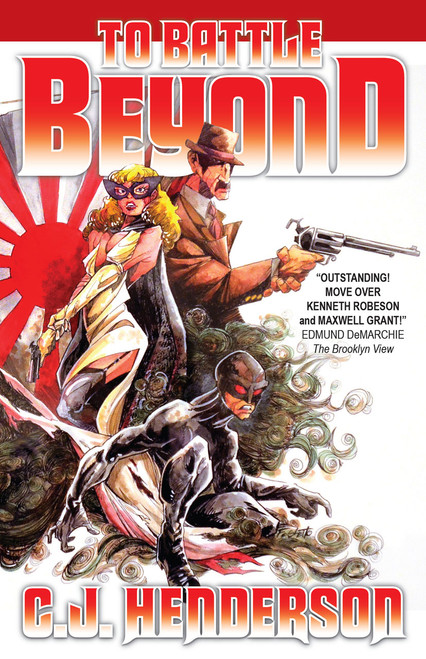 Three of the Pulp Era's greatest heroes — primary Batman inspiration, The Black Bat; The Domino Lady, the original femme fatale; and H.P. Lovecraft's Inspector Legrasse--band together to battle nightmare creatures and ninjas in one of the wildest adventure novels of all time!

In the opening days of WWII, the free world sat in dread anticipation as the Axis turned its deadly attentions on one country after another. With an ocean to protect her on either side, the United States hopes to be spared participation in the apocalyptic confrontation to come. The Japanese high command settles on a dark and terrible plan, one involving horrors from beyond to cripple the American colossus.

Also: A special introduction by Ron Fortier, "Who the Hell Are These Guys?", and "Only an Hour," a new Black Bat solo adventure by C.J. Henderson!

C.J. Henderson created new adventures for the likes of Kolchak: The Night Stalker; The Phantom, Mr. Moto, Batman, The Punisher, The Spider, Lin Carter's Anton Zarnak; the Avenger and a score of others. Known around the world for his ability to infuse characters with a startling and electric dynamism, New Mystery Magazine said: "If as some argue, the hardboiled private eye mystery story is a literary form on a par with the Japanese haiku or Irish ballad, then Mr. Henderson deserves the mantle of literary master."