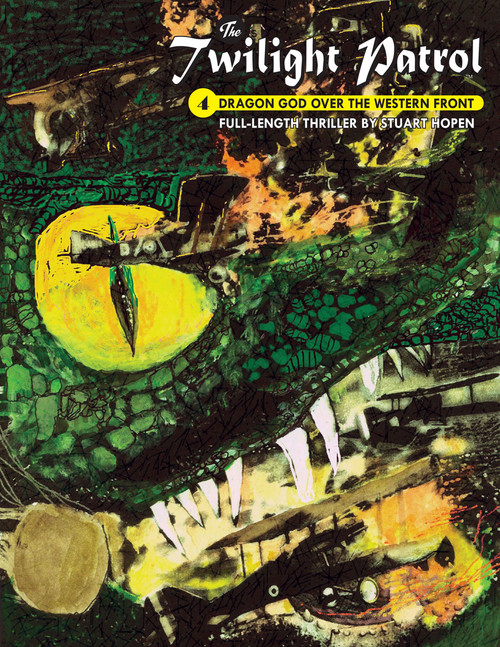 The saga of the Twilight Patrol continues -- equal parts H.P. Lovecraft and G-8 and His Battle Aces.

Out of the night explodes an engine of unimaginable fury, powered by the drive to accumulate and hoard for the mere sake of possession — a force that draws its strength from the perpetual motion of irreconcilable imperatives engaged in timeless opposition; a beast that should be a myth, but thrives on the nightmares that well out of the unconscious when the unconscious is untethered from myth.  The Mysteriarchs of the Abyss have shackled and enslaved the primordial evil that has guarded their hideous treasure troves for eons — a dragon of gargantuan proportions with more destructive rage than the Great War itself!

Also features the short story "Zohar of the Jungle" by Stuart Hopen.