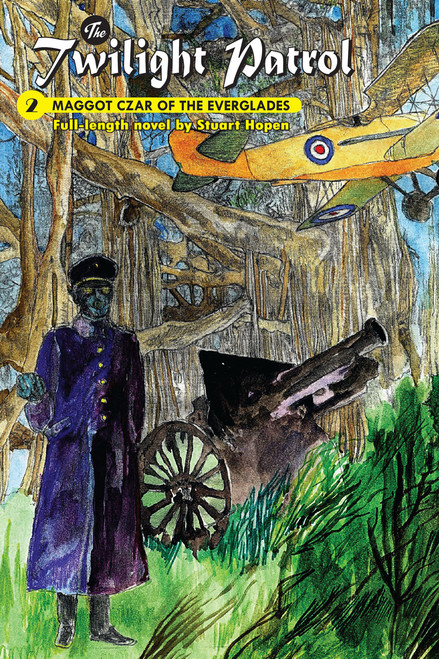 1918 — The Great War has crossed the Atlantic to the American eastern shore. City after city has fallen to the combined might of the Central Powers and their insidious allies, the Mysteriarchs of the Abyss, whose deadly arsenal of bullet proof-zeppelins and flesh-eating flies have made them masters of the air.

As the Deep South’s battle-weary army fights a desperate battle to save the nation, The Twilight Patrol arrives with salvation in the form of a mystic rune, but the Mysteriarchs have turned both sides against them. In the hour of America’s greatest need, the country has dedicated itself to hunting down and slaying the only ones who can save it.