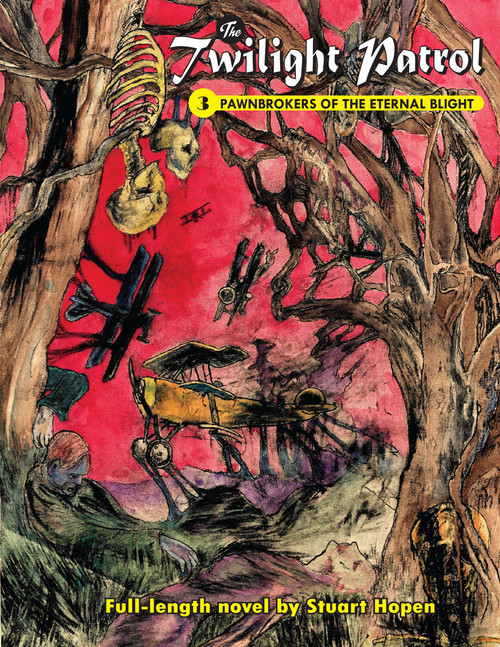 Foulness spreads across the Florida Everglades. Its gangrenous veins stretch from the salt marshes to the Indian burial grounds, to the Live Oaks, now blackened and dying. Some strange manner of contagion — the like of which has never before been seen in the world — leaves a Stygian residue, as if the very light of creation were being leached from the land. Is this the result of using strong chemical toxins to drive back the bestial flies brought to America by the Central Powers? Is it some new accursed pestilence provided by the Mysteriarchs of the Abyss? Or could it be that the very rune the Twilight Patrol thought would be America’s salvation will bring damnation for all?

Also features the short story "The Visions: What is Telling and What is Tolled" by Stuart Hopen.