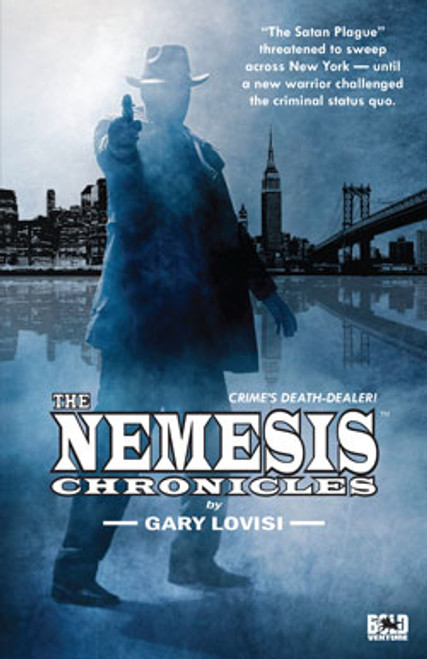 Harry Turner won’t sit on the sidelines any longer. He’s through watching his neighborhoods and fellow New Yorkers suffer. Drug dealers, pimps, and mobsters practically have free reign. When he dons the nightblack disguise of The Nemesis, criminals won’t stand a chance against his brand of Justice … but he’s never encountered a threat like the Satan Plague ….

THE NEMESIS™ thrilled readers with his pulp-inspired exploits. His thrill-packed tales are collected in this volume, along with The Nemesis Returns, a NEW adventure continuing Harry Turner’s war on evil.

Stories include: "The Kingdom of Crime," "The Season of Darkness," "Destiny With a Gun," "Time Out For Death," "The Falcon Strikes!," "Claws of the Falcon," "The Satan Plague," and "The Nemesis Returns."