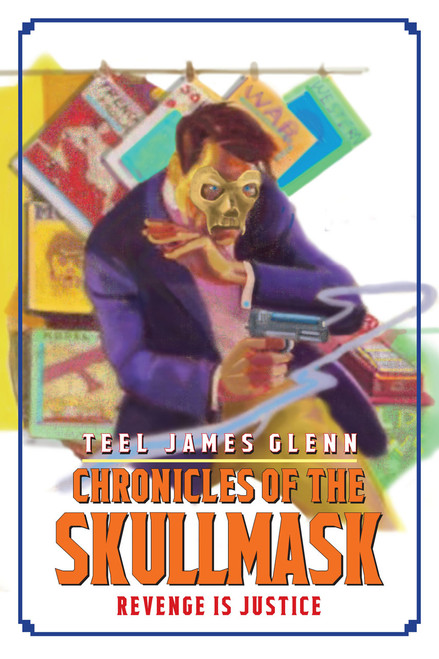 Six tales of justice and revenge!

"I was fashioned from the skin of the first victim I would avenge. I am the collective experiences of all who have worn me in their quests for just Vengeance. I am the means to redress wrongs. My wearer may die but I live on. I am the path to justice. My wearer shares my memories, which are longer than any who live today. I am a candle of justice in a cathedral of evil. Snuff me out and a new life will relight me. My causes are many. My lives are innumerable. I am the angel of vengeance. I am the demon of justice. I am the last and only hope of the hopeless. I am the Skullmask; pity those who wear me. Wear me if you dare."