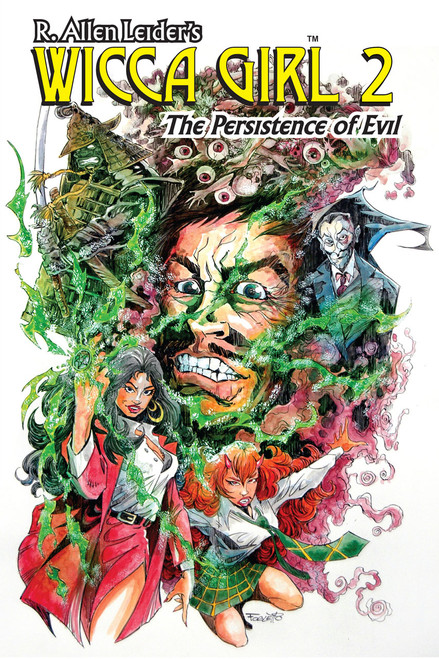 MI-6 agent and Queen of Witches Druscilla Marie d’Lambert and her blood sister, Daughter of Darkness Cheralyn Rose Moscowitz are back to tackle the most awesome villains of the supernatural world in a race against time to prevent the Apocalypse! As they globe-trot on their mission, they encounter powerful ancient forces and modern day terrors…Circe & Medea on mystic Kolchis, Count Dracula in Transylvania, flesh-eating vampires in France, the notorious Manchu Devil Doctor of China, a legion of Samurai zombies in Japan and a rematch with the12-foot living statue IncaDink. As they face death hour by hour in their efforts to destroy Maximillian Von Hagen and his evil U.M.B.R.A. empire, “the Betty and Veronica from Hell” discover the centuries-old secret beast of the Cursed Forest of Blackbridge, the amazing truth about Russian warlock Count Viperoffsky! But, this may be the girls’ last thrilling adventure together as Maximillian devises an ultimate weapon that will spell doom for one of our heroines !