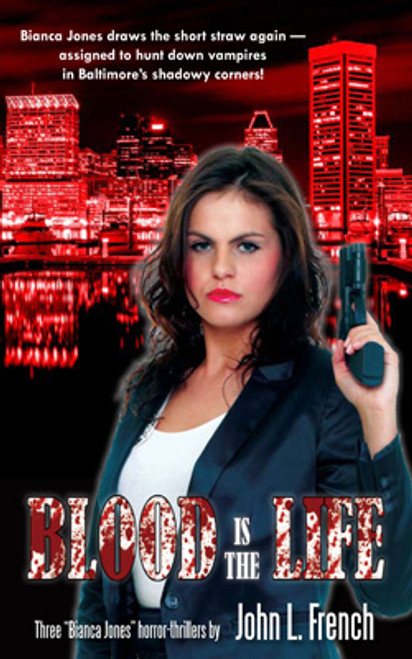 Vampires in Baltimore? It hardly seems likely, but Detective Bianca Jones finds herself on the case anyway. Having vanquished monsters and demons, Bianca became the unofficial monster-hunter of the BPD, catching the assignments no one speaks about — not to other officers, not to the public and certainly not to the media.

The hunt starts when something begins preying on people in Druid Hill Park. It continues when bodies drained of blood turn up throughout the city as another cop starts investigating Bianca. Finally, it culminates in a battle with an ages-old master vampire against whom the usual tactics and weapons are useless.

Author John L. French is a retired crime scene supervisor with the Baltimore Police Department Crime Laboratory. In 1992 he began writing crime fiction, basing his stories on his experiences on the streets of what some have called one of the most dangerous cities in the country. His books include The Devil of Harbor City, Souls On Fire, Past Sins, Bullets and Brimstone and Here There Be Monsters. He is the editor of Bad Cop, No Donut, featuring tales of police behaving badly