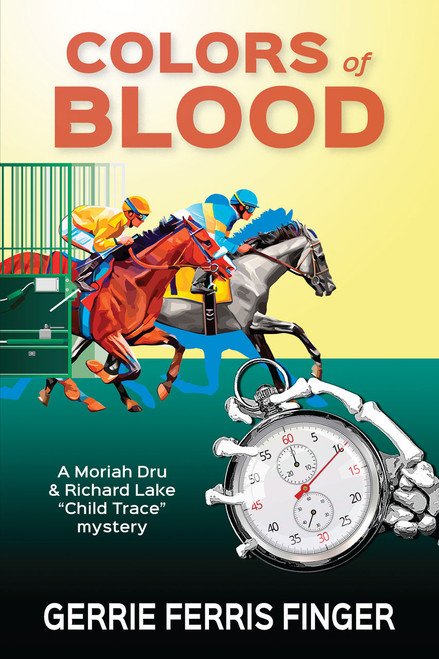 The Loblolly Farm is a good place to go missing, especially when their horses run at major tracks like Belmont and Saratoga. The disappearance of Soire, an orphaned exercise rider, prompts Evangeline to seek help in finding her friend.

Evangeline is sassy, filthy rich, and fourteen-years-old. As a former client of Child Trace, she saunters into Moriah Dru’s office expecting the detective to drop everything. And against her better judgment, Moriah Dru does just that …

Soon Moriah and Lieutenant Richard Lake (her “hunky boyfriend” as per the flirtatious Evangeline) are orbiting the equestrian world, and the Loblolly Farm seems the epicenter of violence and corruption.