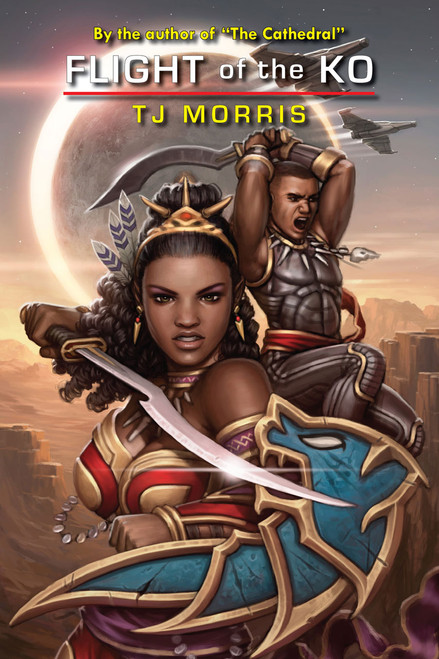 Another SF thriller of the "Cleanser" universe, originating in "The Cathedral" by TJ Morris. Accompanied by the short story "Cle' Anon."

In the twenty-second century, an African tribe staves off hostile forces in the Sub-Saharan desert of the Burkina Faso nation.

Ten years after Dahmba (a powerful Cleanser) returned to Burkina Faso, saving his sister from slavers, the Kō tribe faces a more dangerous threat. The mysterious Prophet, leader of the Pure Earth Movement, has eyes on the tribes’s most valuable resource — Collapsium, the lightest, most durable metal in the known solar system.

Whenever The Prophet negotiates, dead bodies pile up, and colonies crumble. But the proud Kō tribe isn’t so easily swayed … They’ve faced down adversity in the past, honorably and fiercely ... Under the leadership of newly-crowned Aminata, the youngest queen to ascend to the throne, Kō warriors vow to retain their land and its resources, and nullify the Prophet’s assassins. With enemies surrounding her, Aminata must make the decisions that will lead her people to success … or failure.