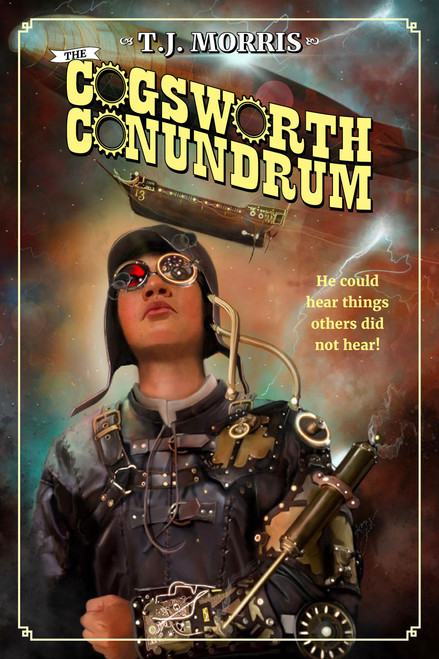 He heard things others did not!

On Arcamore, a planet shrouded in acidic mists, Pirates rule the skies, while others eek out an existence at their whim. Until one young man dares to resist …

With only his mind as a weapon, Cogsworth sets about undoing machinations of the forces of evil. Aided by strangers and townsfolk, he dares the skies in his quest. Travelling to the far reaches of Arcamore, his group vies against Maude and her Venutian Air Pirates. A tyrannical power-hungry Captain of “Ðevil’s Trident,” Maude is set on finding her destiny as Queen of all pirates.

From the Angorfeyd to Umberghast, action ensues. Steam-powered zeppelins rule the skies. All set against the child who “hears things.”