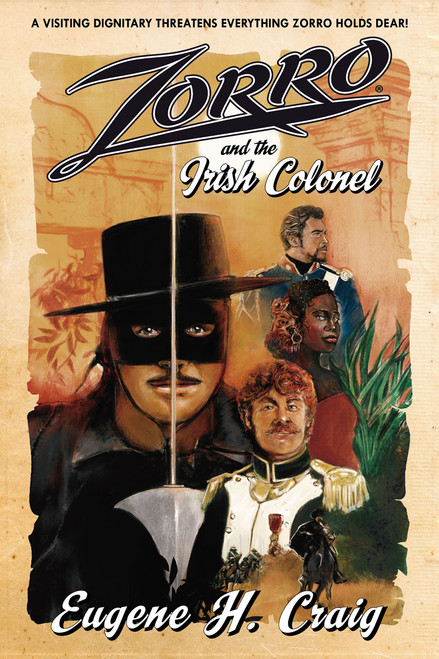 In the pueblo of Los Angeles California, nearly 200 years ago, with its warmth, romance and peaceful beauties, a dread malady had crept in — the disease of oppression.

On one particular afternoon, with a flick of the whip, a soldier stepped up behind the man and the afternoon became filled with the sounds of the rising and falling of a leather lash on a human back at the order of a despotic military comandante.

Out of the mystery of the unknown — appeared a masked rider who rode up and down the great highway — punishing and protecting — who cunningly avoided apprehension by authorities. He became a hero to the oppressed, who — cunning as a fox — in the language of the Latinos, was called El Zorro.

But this story doesn’t actually begin with Zorro. The story begins with the passengers on a coach from San Pedro, heading for Los Angeles carrying a handful of passengers — including in particular, a young boy and his mother, and an amicable Irish Colonel with a sordid history, carrying a dark secret. In Los Angeles, he intended to avenge the deaths of men slaughtered in his regiment. Would he carry his retribution into the ranks of the innocents?