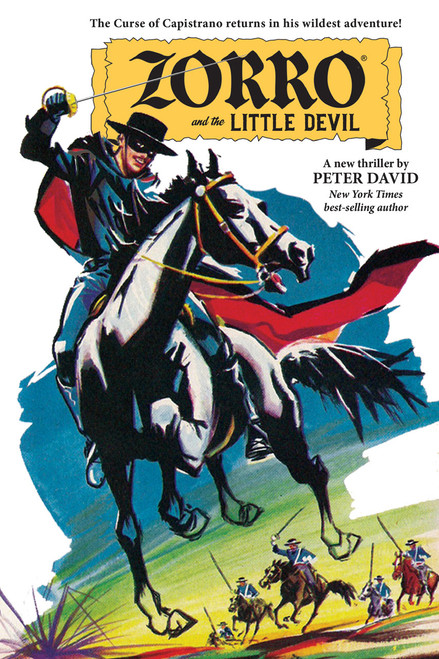 Also available in softcover and hardcover.

In the early 1800s, California was still under Spanish rule. Some military commanders plundered and won riches at the expense of the peace-loving settlers, until one man gave them the spirit to resist tyranny. That man was Zorro!

Under cover of night, a wicked pirate crew landed on the California shores, infiltrating Reina de los Angeles. Their sadistic leader, Diabolito, would resort to murder to claim a fortune. Then, the masked horseman Zorro rode once more — to challenge a swordsman who might be his superior!

In addition to the lead novel, this volume contains "Diego and the Baron," an absolutely true short story by Baron Munchausen!

Peter David wrote some of the most popular Star Trek: The Next Generation novels. His original works include the Arthurian novel Knight Life and the quirky werewolf story Howling Mad. He single-handedly revived The Incredible Hulk comic book series. He also writes screenplays, children’s books, and TV scripts.