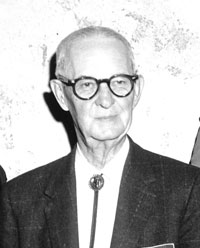 Johnston McCulley (1883-1958), the creator of Zorro, was a regular contributor to the newsstand pulp magazines, eventually branching out to film and television screenplays. In a career that spanned nearly six decades -- beginning with The Red Book Magazine in 1906 and ending with The Saint Mystery Magazine in 1960 -- Johnston McCulley penned hundreds of stories. His byline frequently appeared in popular magazines like Argosy, Detective Fiction Weekly, Street & Smith's Western Story Magazine.

Johnston McCulley’s writing career began as a police reporter, where he learned the art of composing solid copy under tight deadlines. This training enables him to become one of pulp fiction's most prolific authors.

Southern California became a frequent backdrop for his fiction. His most notable use of the locale was in his ongoing series of Zorro, the masked highway who fought an oppressive government. McCulley developed several other continuing characters including The Crimson Clown, Thubway Tham, The Green Ghost, and The Thunderbolt.