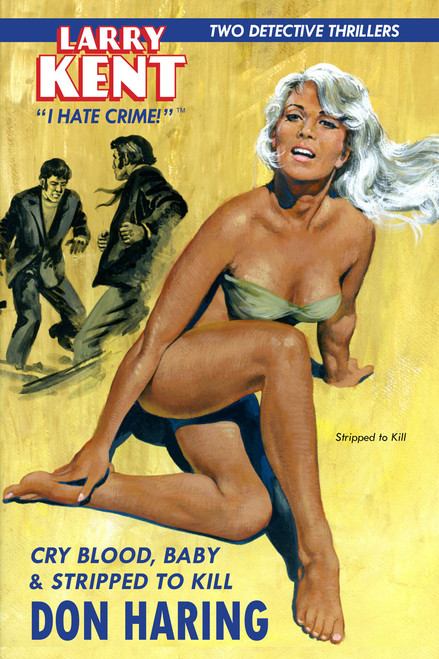 Eleanor Gesualdi was a friend, that’s all. At least that’s what Larry Kent kept telling himself. But when he received a long-distance call from Eleanor, and learned that someone was trying to kill her, he realized his feelings went a whole lot deeper than that.

Then Eleanor just vanished … and Larry spared no effort in trying to find her … or what had become of her.

The trail led to a husband with a secret, a Mob connection, a hard-nosed cop who became a faithful ally … and one violent death after another.

It began when Larry Kent’s old boss at the CIA asked him to come back for one more assignment — to a kill a double-agent who also happened to be one of his closest friends. Larry couldn’t go through with it … and it was just as well that he didn’t, because nothing was as it appeared to be. An enemy of the United States had perfected a terrifying mind-manipulation drug — and after that, it became Larry’s job to find out just who that enemy was. The trail took him first to Mexico City, then on to Australia, where he met up with an old love … and an even older enemy, who wanted him dead!