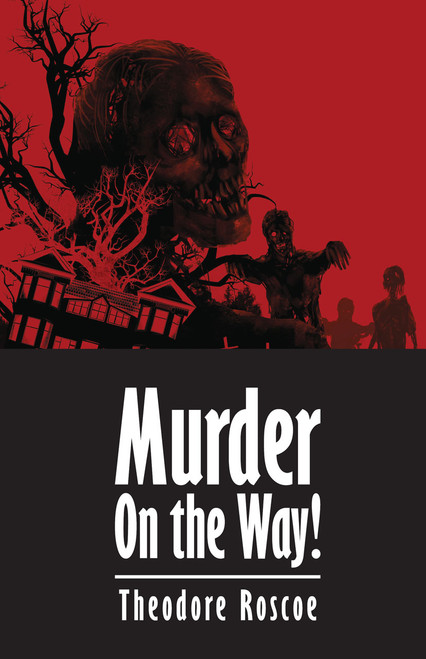 An ancient château in Haiti is the scene of one of the most blood-curdling series of murders in the history of the island. Who was the murderer—man, beast or some supernatural being?

An artist and his girlfriend attend her uncle's funeral on the island of Haiti, where they encounter the deep vein of Voodoo superstition. The legend of living souls trapped in dead bodies becomes a frightening reality as they witness a Zombie resurrection. The tale, by the well-traveled pulp fiction author Theodore Roscoe, captured his sense of awe and terror surrounding such a monster in the very place that would have given rise to it. His first-hand experience during his travels in Haiti taught him of such legends and he used them effectively in Murder on the Way!

Thus, well before the Zombie came to represent today's flesh-eating cinematic monster of lore, Roscoe's story (published by the New York Dodge Publishing Company in 1935) unravels impossible shootings, inexplicable disappearances, and the stirrings of rebellion. These are the background elements for this most unforgettable weekend house-party in the heart of Zombie madness.

Theodore Roscoe (1906–1992) wrote for a variety of pulp fiction magazines while travelling the world. Following World War II he was commissioned by the United States Naval Institute to write detailed histories about submarine and destroyer operations. Roscoe became a Scribner’s author under Burroughs Mitchell with novels To Live and Die in Dixie! and Only in New England. The prolific writer was among the first to see declassified documents connected to the Lincoln assassination, resulting in his work The Web of Conspiracy, which became the basis for a television docudrama.