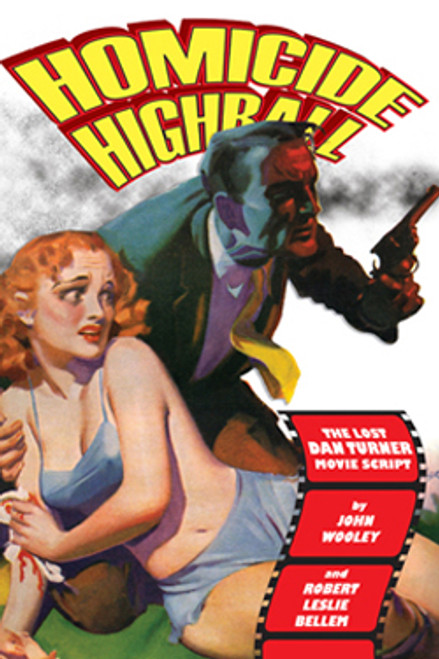 A good deed backfires, and the famous shamus is on the run, eager to put the squiff on a murder charge. The suspects? A smooth filly, a movie mogul, and a B-movie director. Meantime, Turner dodges someone with a killer pitching arm, and eludes cops and crooks alike in a wild amusement park chase. 90 proof pulp fiction!

ROBERT LESLIE BELLEM worked in the newspaper business prior to becoming a full-time fictioneer. He penned several million words of fiction, much of it starring Dan Turner, Hollywood Detective. He wrote scripts for tv shows like The Adventures of Superman, The Lone Ranger, 77 Sunset Strip, and Perry Mason. Bellem died in 1968 at the age of 65.

JOHN WOOLEY was an entertainment writer for the Tulsa World before leaping into the freelance life. He has written novels, comic books such as “The Twilight Avenger,” screenplays (including Dan Turner, Hollywood Detective), and nonfiction books examining pop culture. He lives in Oklahoma.