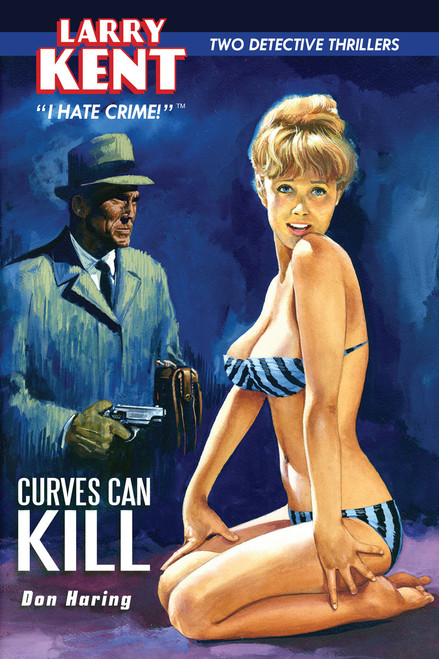 A newly-discovered virus—and the deadliest threat to Mankind—had gone missing, and whoever had it figured to sell it to the highest bidder. That was where Z Detail—a clandestine security agency whose very existence was a closely-kept secret—came into it.

But why did they want Larry Kent to handle their dirty business for them?

Oh, sure, they gave him the chance to refuse the assignment. But he knew only too well that a refusal meant he would suffer an ‘unfortunate’ but fatal ‘accident’. So Larry played along with them.

The San Rameo Cross was an artifact of enormous religious significance … and a not-so-small fortune in cold, hard cash. When he decided to investigate the murder of a fellow private eye, Larry Kent found himself caught up in a web of intrigue as greedy men and women vied to own the near-priceless relic.

First to come forward was Emanuel Constantine, a fussy little man who hated violence and yet was prepared to kill to get what he wanted. Then there was Alice Gordon, a seductive woman for certain, but also one of many secrets. The same could be said for the scheming, sable-haired Marina Koch. But most deadly of them all was the skeletal Hendrick Fluger, a man described as the devil himself, and whose name was only spoken in terrified whispers!