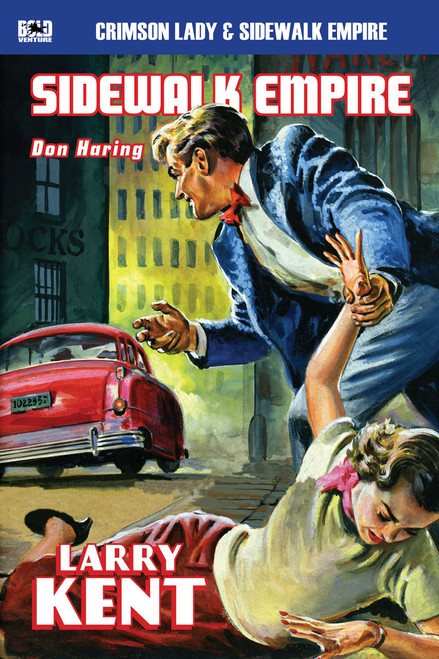 The most difficult killer to catch is the one who doesn’t realize he’s a killer! That was Larry Kent’s dilemma when he signed on to protect beautiful actress Valerie Nash. Whoever he was, the mystery murderer was two distinct personalities in one … and the dark side of him was slowly but surely gaining dominance.

As bodies started piling up, Larry uncovered one man’s dirty secret and another’s violent past. But even when he worked out who the killer was, there was still one more problem to overcome … to make the man realize just how many lives he’d taken in the name of his twisted love for Valerie …

Larry Kent was on the trail of a master blackmailer. Whoever he was, he was making a fortune from his victims’ misery. One of those victims was a friend of Larry’s, so that made it personal. It also made him determined to find the blackmailer and deal with him by any means necessary, legal or otherwise …

But first he had to find his man — always assuming it was a man he was after. There were plenty of women in the frame, too, from the cold-hearted secretary, Lisa Crane, to the dope-addled good-time girl, Jane Davis. Then there was Ralph Harlowe, the actor who’d hit hard times, Denison, the financier who doubled as an amateur hypnotist, and even the one person who should have been above any suspicion at all … a tough cop called Kruger!