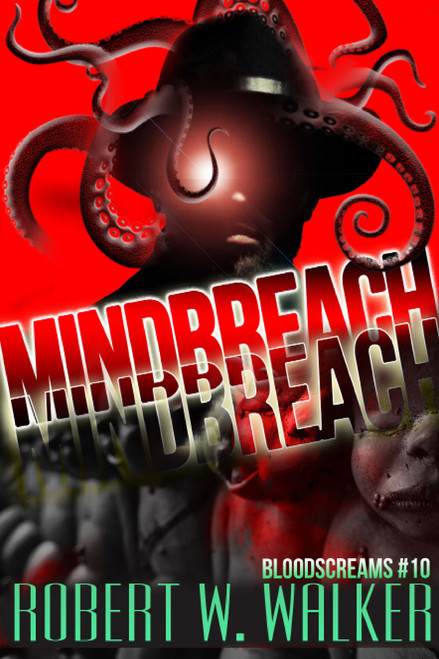 Dr. Abraham Stroud is back and still dealing with the mindbreach of the brain-draining Vampire Babies, a kind of infection he had voluntarily taken on from his last archaelogical dig in Isle of Cyprus. But this ‘disease of mind breaching’ is benign compared to what has exploded at the Museum of Antiquities in the HP Lovecraft Wing.

Dr. Asa Lovecraft traps an actual, live Cthulhu — cages it, destroys it, dissects and stuffs the creature for an exhibit. This touches off a war with the very creatures HP Lovecraft spent his life trying to expose as real — NOT products of his imagination or his infamous nightgaunts

“Mortimer,” as the humans have dubbed the stuffed one, is now on display in Rhode Island. None of the humans, save for Dr. Stroud, can imagine the unearthly anger when a horde of Cthulhu come for the remains of their brother, son, and father.