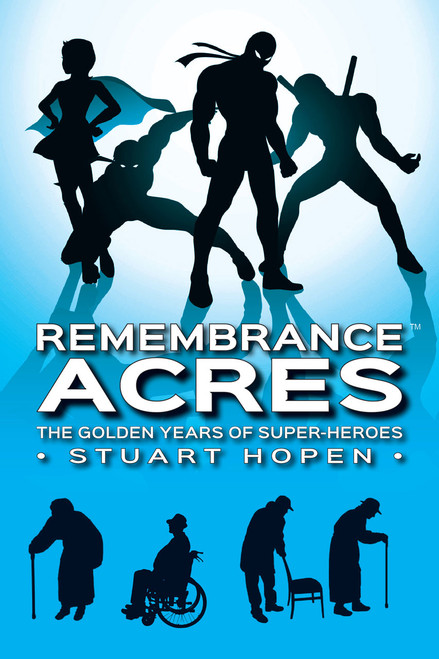 42 stories by the author of The Twilight Patrol and Daemon Mask.

What happened when Maximum Woman literally became too big for her britches? How did immortality kill Perpetual Man? The Silver Ballerina had a lot to cope with when her triumphant theme music faded away, and she succumbed to paralysis.

The Golden Years of Super-Heroes aren't always golden, especially when the super ones live out their final days in Remembrance Acres — in poor health — and their only advocate is Gardner Flookz.

Flookz is a medical malpractice claims adjuster at a hospital where the medical system is a nightmare, in a town populated by ambulance chasers, profiteers, space cadets, wizards, vampires, slumming gods, and down-on-their-luck superheroes. This brainy crusader flunked out of medical school, then law school, but he gained enough understanding to swagger his way through both worlds.