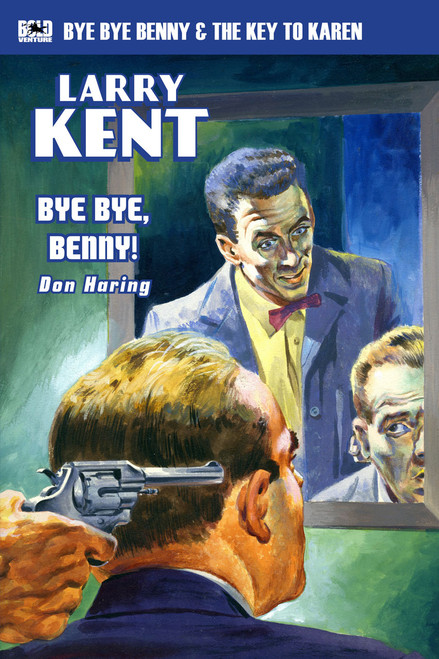 The Mafia was trying to infiltrate Australia, so Australia did the only thing it could – it called for Larry Kent.

Larry, a New York private eye, was the only man who’d ever been put on the Mafia’s Kill List and lived to tell the tale. He’d made a lifelong study of the Mob and its ways, and the minute he touched down in Sydney he went to work. The first thing he did was target Benny Wade, Australia’s new would-be Godfather. The second thing was to declare all-out war on the Syndicate … a war he was determined to win!

The Key to Karen

Karen Cambridge was murdered in a most unusual manner … poisoned by a dart tipped with curare. The police did the best they could, but even after weeks of investigation they were no closer to catching her killer than they had been at the beginning.

So Karen’s wealthy father put Larry Kent on the case. But Larry ran into trouble as soon as he started snooping around. A psychotic stalker with a knife didn’t like the way he befriended Karen’s man-hungry friend Rita Dell. The cops warned him off the case because they were scared he’d make them look incompetent. And then the body count started to rise, as one by one, the only people who could offer him a key to Karen’s murder were themselves being disposed of …