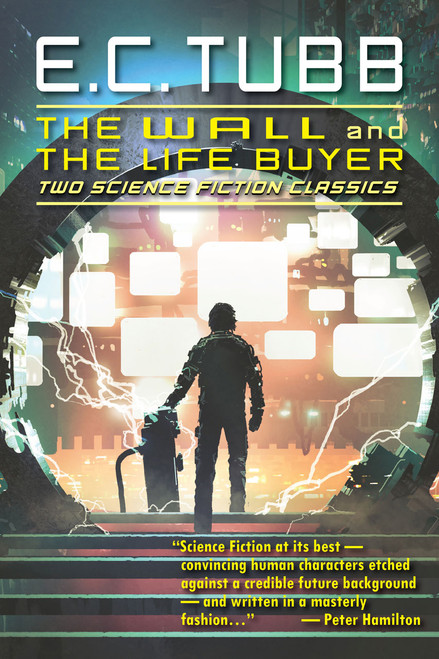 Kerron and his business associates, Chang and Forrest, were three of the richest men on Earth. Now old and approaching the end of their days, they were desperate to prolong their lives. And there was one man who seemed to possess the secret of immortality—the mysterious Brett, a tall adventurer who had apparently lived for centuries.

So the three men paid a fortune to the one man they believed could help them, But Brett had a dark secret, and he in turn made a bargain with them, They had to accompany him on the strangest and most dangerous journey ever undertaken—to the very centre of the Galaxy—beyond the Wall!

Marcus King, ruthless entrepreneur and commercial giant, was a man obsessed. His obsession—staying alive! He used his millions to buy life from the bodies of others.

Then someone devised a highly scientific plan to kill him—only for King to survive the attack, and plan his revenge. But who was the mastermind behind the assassination attempt?

Dale Markham, chief of local police, is quickly on the crime scene. But the case is so bizarre, with far-reaching international implications, that Security is also called in and special agent Steve Delmonte is assigned to work with the police.

Delmonte’s investigations uncover a tangled web of sadistic intrigue and he follows a trail of further murders all the way to the moon before the incredible truth behind the attack is revealed.