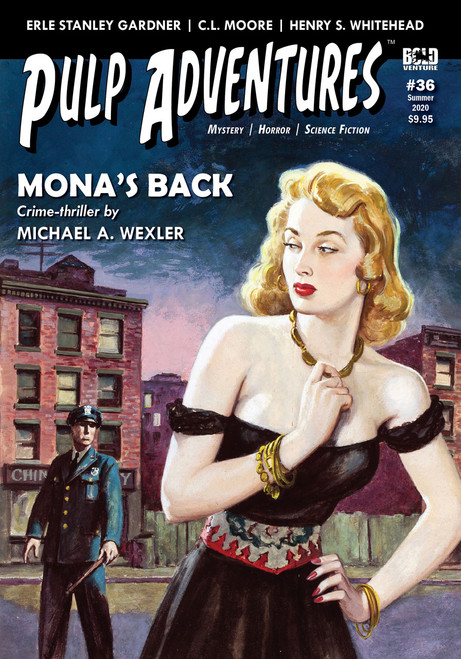 Another blend of new and classic fiction, embarking on another safari through the pulp jungle.

This issue features a rare story by the creator of Perry Mason — "Bloody Bill Obeys" by Erle Stanley Gardner has been lost since its original publication in 1925. It appears complete in this issue. "Bloody Bill" Sullivan becomes the unwitting "volunteer" in an illusionist act, with crime as the curtain call! A profile of the author precedes the story.

In the new fiction category, "Mona's Back" by Michael A. Wexler follows the trail of a hardboiled woman everyone would like to forget, if she wasn't blackmailing them. Codename: Intrepid clashes with another strange war-related incident in "Case Gray" by Robert J. Mendenhall.