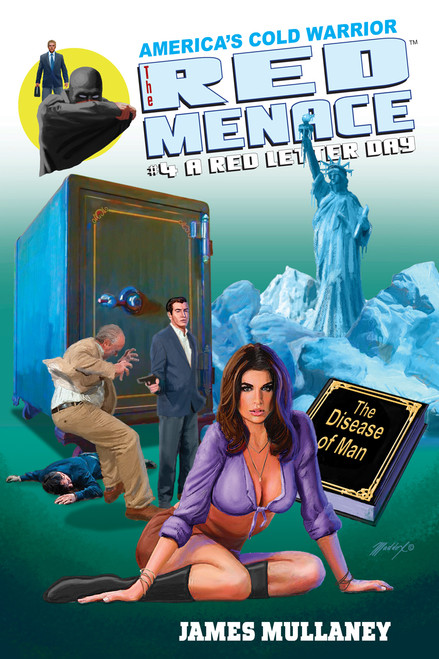 Official Washington is in an uproar when late FBI Director J. Edgar Hoover’s top secret safe is found — and then promptly goes missing. Rumor has it Hoover was infamous for collecting files on all the nation’s powerful movers and shakers. What damning information exists within the high-tech vault?

There’s usually only one man MIC calls for dire situations like this, but this time it’s not the Red Menace. It seems Dr. Thaddeus Wainwright designed the safe, years earlier, so only Hoover could open it. Now the billion-dollar blackmail question becomes: can whoever stole the safe spring the lock? When Wainwright says it’s a definite maybe, the whole world turns upside-down.

The race is on for the big black box holding America’s future. The Red Menace and Dr. Wainwright must outrun, outfight and outfox the Mob, a doom-saying environmentalist, every nation on earth desperate to watch the U.S. bleed, as well as an ancient enemy determined to bust the safe and a certain brilliant doctor’s world wide open.
Whoever crosses the finish line first is sure to have a red letter day.

The Spider #8: The Mad Horde