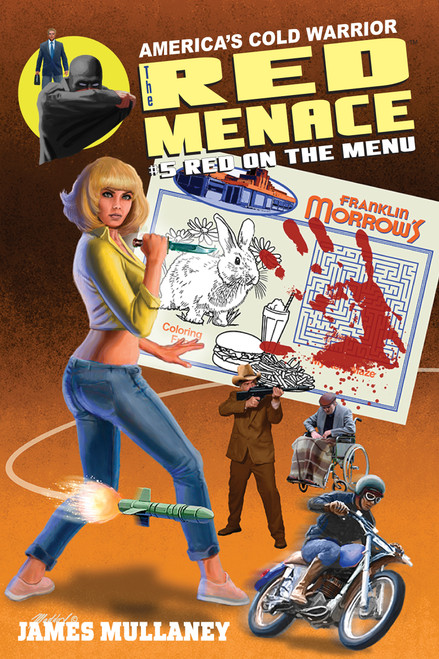 Something fishy is going on at famous Franklin Morrow’s Restaurants. Why is the most successful chain of eateries in the U.S. suddenly catering to the murder and mayhem crowd, and who exactly is the mysterious man in the ten-gallon hat with an all-you-can eat appetite for death and destruction?

All signs point to something big and bad being served up soon, but the CIA, FBI and Pentagon are all out to lunch, leaving only one of America’s intelligence agencies to chew around the edges of a vast and horrifying terror plot.

When one body too many surfaces, MIC Director Simon Kirk has finally had a bellyful of bad bistro news and decides that someone is in need of some just desserts. And, of course, who else but Podge Becket and the brilliant Dr. Thaddeus Wainwright would be dispatched to act as the ultimate antacid?

Benedict and Brazos #19: Echoes of Shiloh