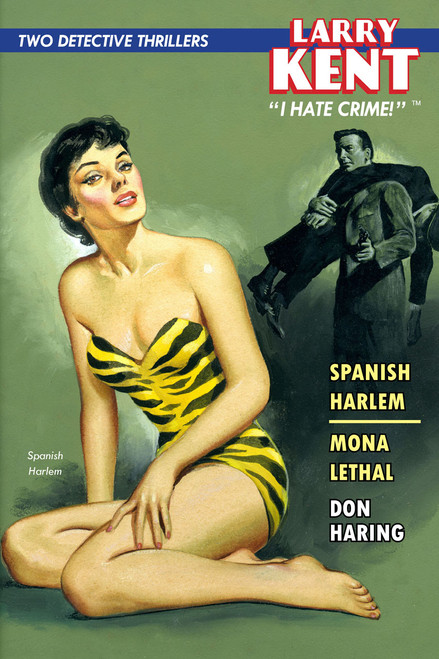 A promising young student named Phillip Ecuador vanished from his military academy in Georgia, and Larry Kent was hired to find out what had become of him.

The investigation took him to a redneck town called Dixievale, a bully-boy sheriff and a militant group known as the Sons of the South. As things progressed, Larry was framed, arrested, imprisoned and shot at, but not once did he ever consider giving up. The stakes were too high for that.

His client—Phillip’s father—was a violent underworld boss, and if Larry didn’t crack the case, a vicious gang war was going to rip New York’s Harlem district to shreds …

The cops said Robert Lawson’s death was suicide. Larry Kent believed it was murder – and set out to prove it. Along the way he found himself threatened by a casino boss and a beautiful feminist, an irate cop and a sleazy loan shark. But nothing – and no amount of bodies – was going to stop him from uncovering Lawson’s killer, and the reason he had to die … nothing.

Benedict and Brazos #2: A Badge for Brazos