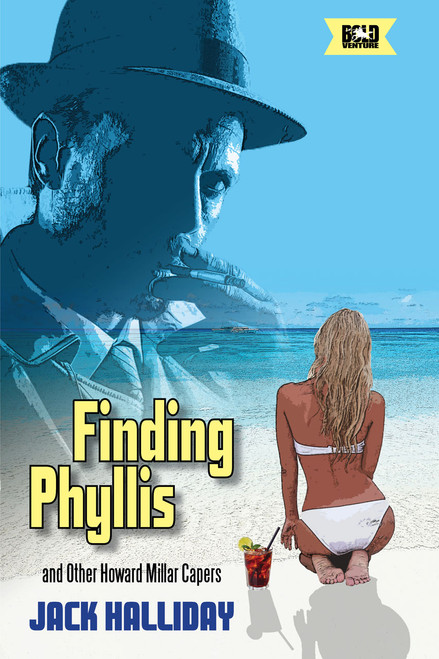 Private eye Howard Millar has seen his share of life’s darker side. After serving a 20-year tenure as a first-grade detective with the 9th Precinct, he exchanged his badge for a bond with the abused, abandoned, misused and missing in the “Queen City” of the Midwest, Cincinnati. Armed with wit and wisdom, timing and tenacity, he devotes his time to righting wrongs and helping the helpless, occasionally calling on a former colleague, and several grateful clients.

In “Finding Phyllis,” he endeavors to find a widow’s missing daughter—who happens to be his girlfriend. A bank teller has “something more” on her mind in “Don’t Bank On It.” Millar becomes judge, jury and executioner in the case of a murdered teenager. The basement of a hospital garage becomes a stranger’s refuge. Millar resorts to a supernatural solution for an insoluble case. A crazed killer holds an unusual weapon against Millar’s throat in “No Evidence.” Then Millar is hired to protect a young archaeologist targeted by a church with something big to hide.