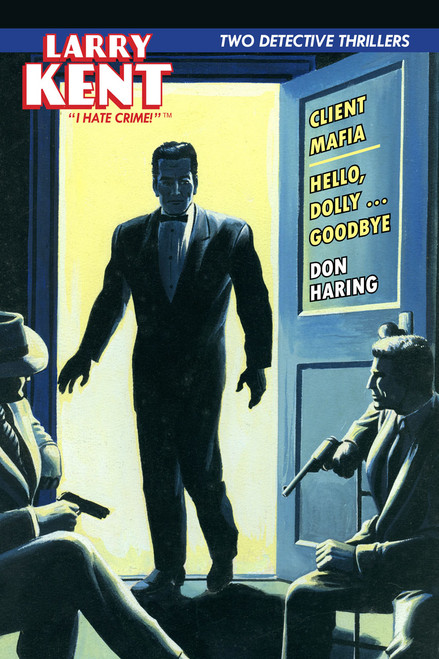 Eddie McEvoy wanted Larry Kent to take on a murder case even though he had no official, paying client. As far as Larry was concerned, it was none of his business. But then police Lieutenant Bruce Comstock warned him off, and that’s when Larry had a change of heart. He didn’t take kindly to being threatened by anyone, much less a corrupt cop who was on the take. So he started delving ever deeper into the murder of the man who called himself Stan White … and realized there was much more to his death than met the eye.

Two cops had gone missing, and their boss wanted to know what had happened to them. But he wasn’t sure just who he could trust down at headquarters, so he gave the job to Larry Kent, the only man he felt he could rely on.

Larry soon found himself up to his shoulder holster in trouble. Whatever the missing cops had been investigating, it was big. That’s why the dapper little chili-eating hustler Pete Grills wanted him dead. Why the seductive Ester Newell tried to recruit him rather than fight him. Why the shallow TV personality Grant Kelso had to die … and why the stakes were higher than Larry could ever imagine.