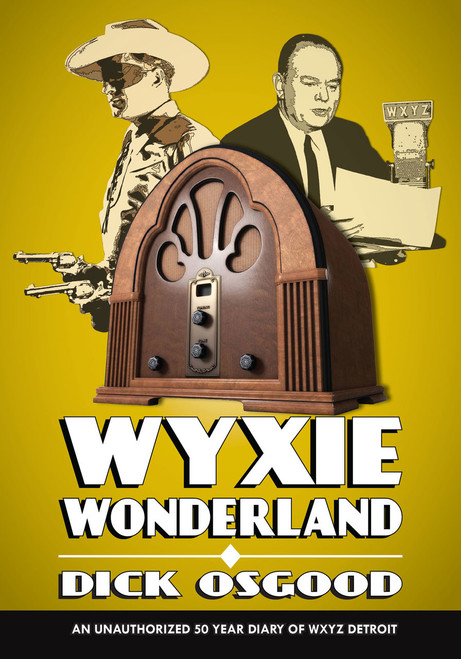 Bold Venture Press is proud to present the long-awaited reprinting of WYXIE Wonderland: An Unauthorized 50-Year Diary of WXYZ Detroit by Dick Osgood. This book, one of the most important ever produced on the history of broadcasting and old time radio, has long been out of print and remains sought after by collectors and historians.

Fifty years of national radio and television history — 1925 to 1975 — are reflected in the fundamental and accidental specifics of a single station — WXYZ Detroit from AM to FM and TV. The author, Dick Osgood, was part of the scene, working at the station for thirty-six years as actor, writer, newscaster, master of ceremonies, "special announcer" and briefly as studio manager.

WXYZ was much more than the birthplace of The Lone Ranger, The Green Hornet, and Sgt. Preston of the Yukon. It was the starting point of Soupy Sales and Mike Wallace, of Martha Scott and Danny Thomas. This extraordinary book traces the beginnings of five networks; it follows the rise and decline of radio network programming. It sees the radio actor replaced by the disc jockey. It tells how the Top 40 format emerged from a bar in Omaha. It tells of the confusion of early television, and the nefarious underground beginnings of FM radio.

With an introduction by radio historian Martin Grams Jr, and additional photographs of cast and crew, the new edition of WYXIE Wonderland by Dick Osgood is the event classic radio fans have awaited.