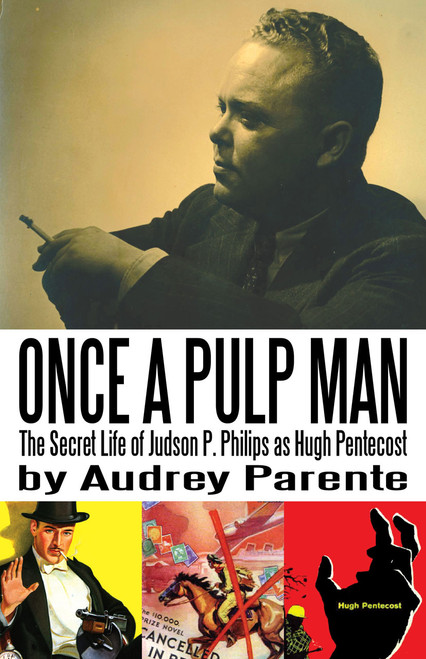 Judson P. Philips, author of Cancelled in Red, rubbed elbows with movie stars and directors. He owned a newspaper and scratched out columns in others. He penned hundreds of stories in pulp magazines, digests and slick magazines, under a trio of pen names. His words flooded radio, television and film. He faced down Newsweek editors, owned an equity summer stock theater and boosted many ingénues to fame.

He filled pulp magazines like Argosy with stories about tough detectives, smooth-talking criminals, and down-and-out athletes who make Rocky-like comebacks. As "Hugh Pentecost," he graduated into the lucrative slick-paper magazines and burgeoning paperback mystery field.

Despite awards and financial gain, he deemed himself a failure—His famous “Hugh Pentecost” pen name came at a price, and five marriages cost him more in emotional capital. Once a Pulp Man unveils the man who sneered at Yul Brynner, ignored McCarthyism, proposed to dozens of women, and created a lasting legacy of entertainment.

Audrey Parente established her credentials with author biographies like Pulpmaster: The Theodore Roscoe Story and Pulp Man's Odyessey: The Hugh B. Cave Story. A retired reporter for the Daytona Beach New Journal, she spent years preparing this volume, researching Philip's background, compiling a complete bibliography, and transcribing hours of interviews she conducted with Philips in the late 1980s.