“In the world of adventure writers, Jim Mullaney stands on top of the mountain. Read him now. You’ll marvel and then you’ll roll on the floor, laughing.”

— Warren Murphy, creator of The Destroyer 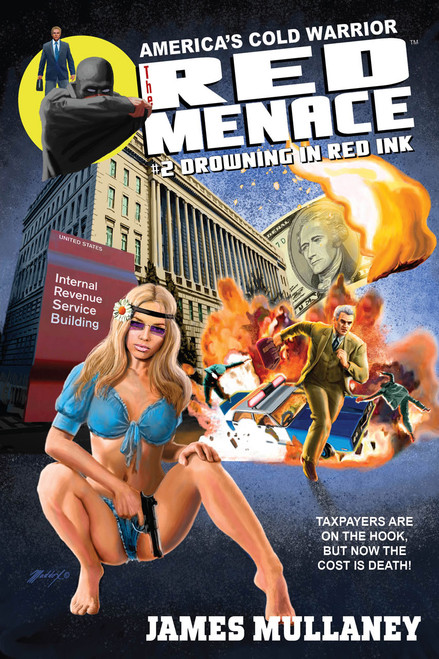 Take one psycho beauty hell-bent on revolution. Add millions in illicit cash. Stir in one counterculture army. Simmer in a political pressure cooker until it explodes into America’s streets.

A devastating attack in the heartland leaves a stunned nation reeling. Claiming credit for the unprovoked strike is a new radical group called the People’s Brigade. Even as bodies are pulled from the rubble, this heretofore unknown group loses no time launching assault after assault in cities across the country.

America’s intelligence agencies are flying blind and can only stand helpless as the violence escalates … until a desperate MIC tosses Patrick “Podge” Becket and Dr. Thaddeus Wainwright into the fray. They quickly uncover a scheme that links the People’s Brigade to underground radical groups in every state in the union, all answerable to a lovely young sociopath called Daisy.

The gal’s got looks, brains, money and an army of men willing to die for a cause. Our side has the Red Menace and Dr. Wainwright — the bad guys haven’t got a chance.