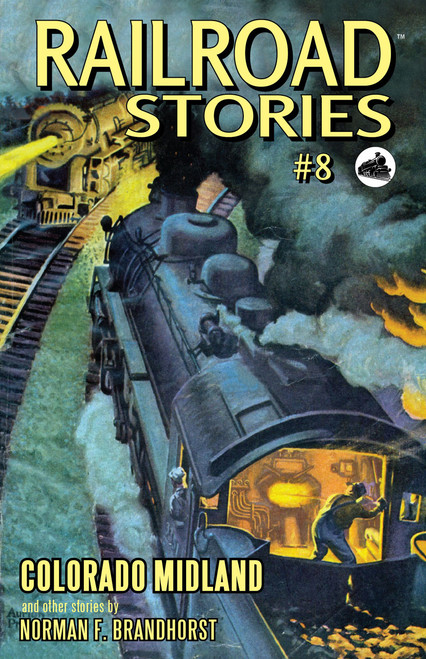 A cloud of suspicion hanging over him, Boomer Dan Hart tackles the toughest chunk of railroad in the world!

It takes more than a dumb cluck to keep an engine hot!

Tomorrow he would be an old man, on the downward path; tonight he was a youth again!

He rode close to eternity before he came back!

A gripping story of an official hated by all his employees.

There was more to building this pike than blasting out the grade and laying tracks!