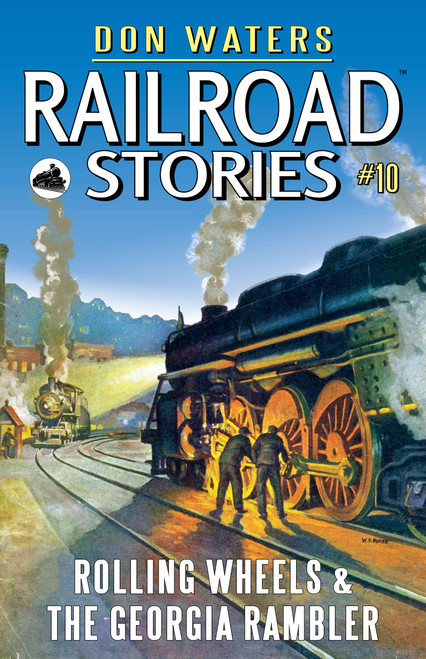 A feature-length story and three comedy short stories by an author who lived his adventures!

Memories of a girl, of success and failure, fill the soul of a man who waits for death. A Boomer records the swift events of his life — serving his time as an apprentice machinist in Chicago, weathering a violent strike in the 1890s, then striking out to the South to escape the blackball which had been placed upon him. After miles of dangerous traveling, the Boomer settles into a roundhouse job in the Carolinas, then develops a money-saving device for engine operation, only to have it stolen from him by the foreman, Bob Dorset. Their rivalry established, events take a more personal turn when Mary Henderson, daughter of the superintendent, enters the picture. Through flames and fists, jealousies and shady business deals, the Boomer struggles to build his personal wealth in spite of the vulture Dorset ... but the ultimate reward may in the comfort of Mary's arms!

Tales of the Georgia Rambler

Hard-work never hurt anybody, so they say, but the Georgia Rambler encounters several people along his travels who disagree! The Rambler muddles his way through three stories — "Clothes You Wear," "Under Two Flags," and "Runaway Hog" — accompanied by Tidewater Clem, his crusty sidekick.

Bonus section with two interviews with the author, Don Waters, and his family — traveling the United States and beyond on the Gypsy Waters — from 1935 and 1941, and reviews of his book Gypsy Waters Cruises South.