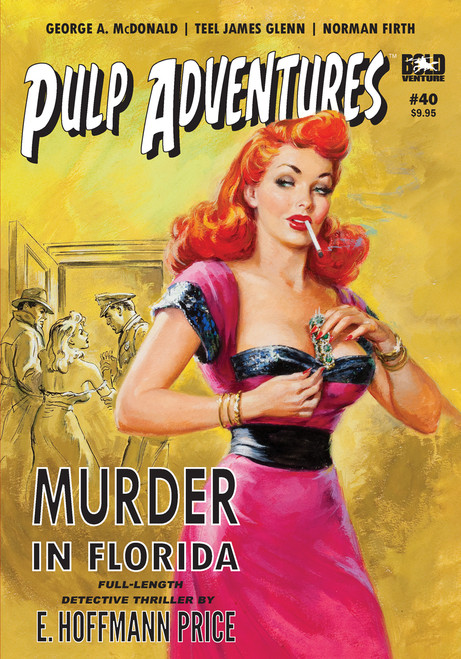 This issue features E. Hoffmann Price's story Murder in Florida, originally published in Thrilling Detective and later reprinted in 5 Detective Novels, and featuring the original artwork from both printings of the story. Plus a behind-the-scenes look at the story's creation.