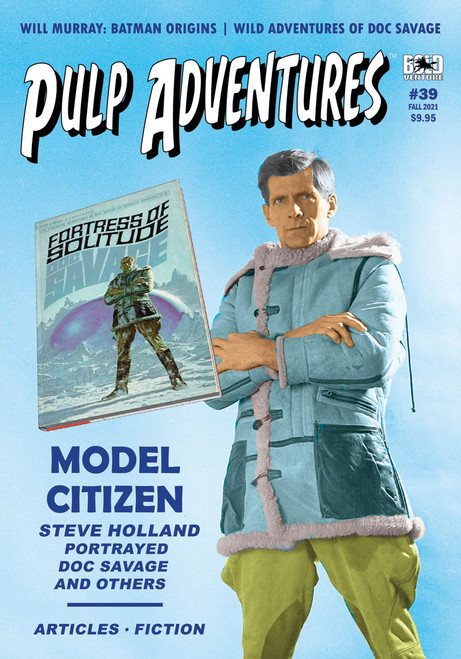 This issue focuses on Doc Savage, with special emphasis on Steve Holland, the great artist model who portrayed Doc on paperback covers for three decades.

Also in this issue: