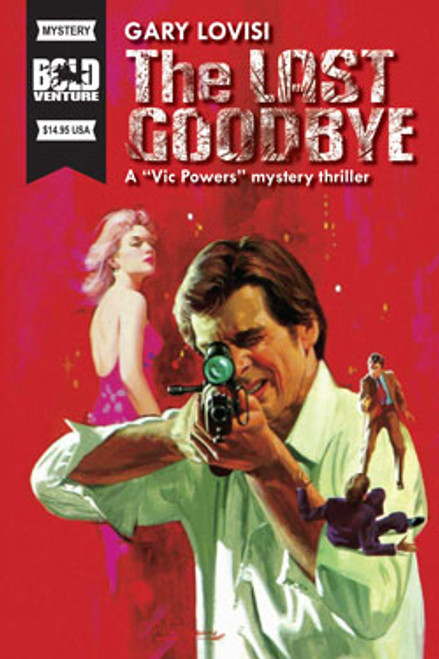 A routine traffic stop escalates into a mob vendetta, putting a good cop and his wife on the run. When he turns to his friend Vic Powers for help, everything hits the proverbial fan. Powers has already been kicked off the force for “brutality.” Now he’s got an excuse to demonstrate real brutality against some people who deserve it — an entitled mobster’s son, an animal abuser, and a smart-mouth private eye.

Take our advice — stay on Vic’s good side.

The Last Goodbye continues Gary Lovisi’s chronicles of hard-boiled tough guy Vic Powers, backed up by three additional Powers stories. The ex-cop turned private eye gets into as much trouble as he solves, but always manages to turn the tables on the bad guys — barely …