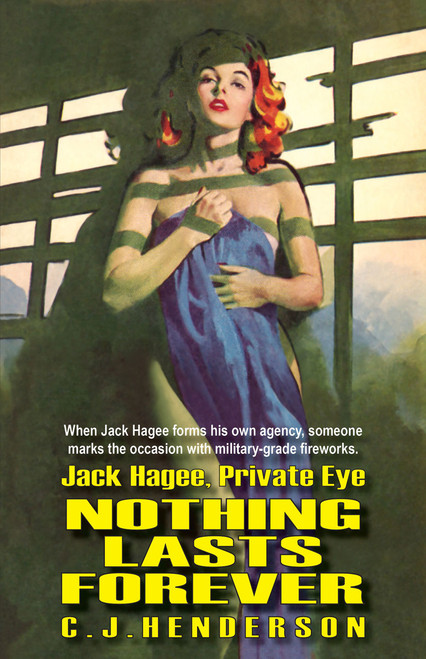 by C.J. Henderson
Jack Hagee's third full-length adventure turns out to be his toughest -- on him, his friends, and the bad guys who hang a target on his back.

An executive woman hires Hagee to protect her daughter from an abusive ex-husband. Afterward, when he decides to form his own detective agency, someone marks the occasion with military-grade fireworks. Once Hagee dusts himself off, he's on a flight to Hong Kong to get revenge on the culprit -- and while he's at it, he just might track down a duplicitous political figure and three-billion missing dollars.